I took too many pictures during my trip to Perth that I got to post these in small batches… Starting with the hotel I stayed, which is “The New Esplanade Hotel”, located on, surprise surprise, The Esplanade Road, which in front of the esplanade. You get the idea. The rate was going like about AUD110, which is rather cheap. I think they gave quite a fair amount of discount since I stayed there for 14 days straight. 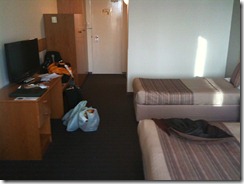 The rooms were pretty decent, with a queen size bed and another single. Had a ViewSonic flat panel and small fridge. Room was clean, but toiletries were minimal. Just towels, no toothbrush. 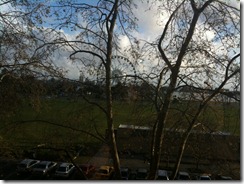 Here’s the view from the hotel room at daylight. 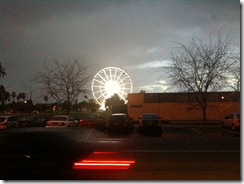 And at night. The Eye of Perth was on display, but did not bother to try out, as there were many more things to do, and eat. Will show you guys in pictures in coming posts!

Posted by NathenNod at 4:31 PM